Resilience, it is a cultural thing. 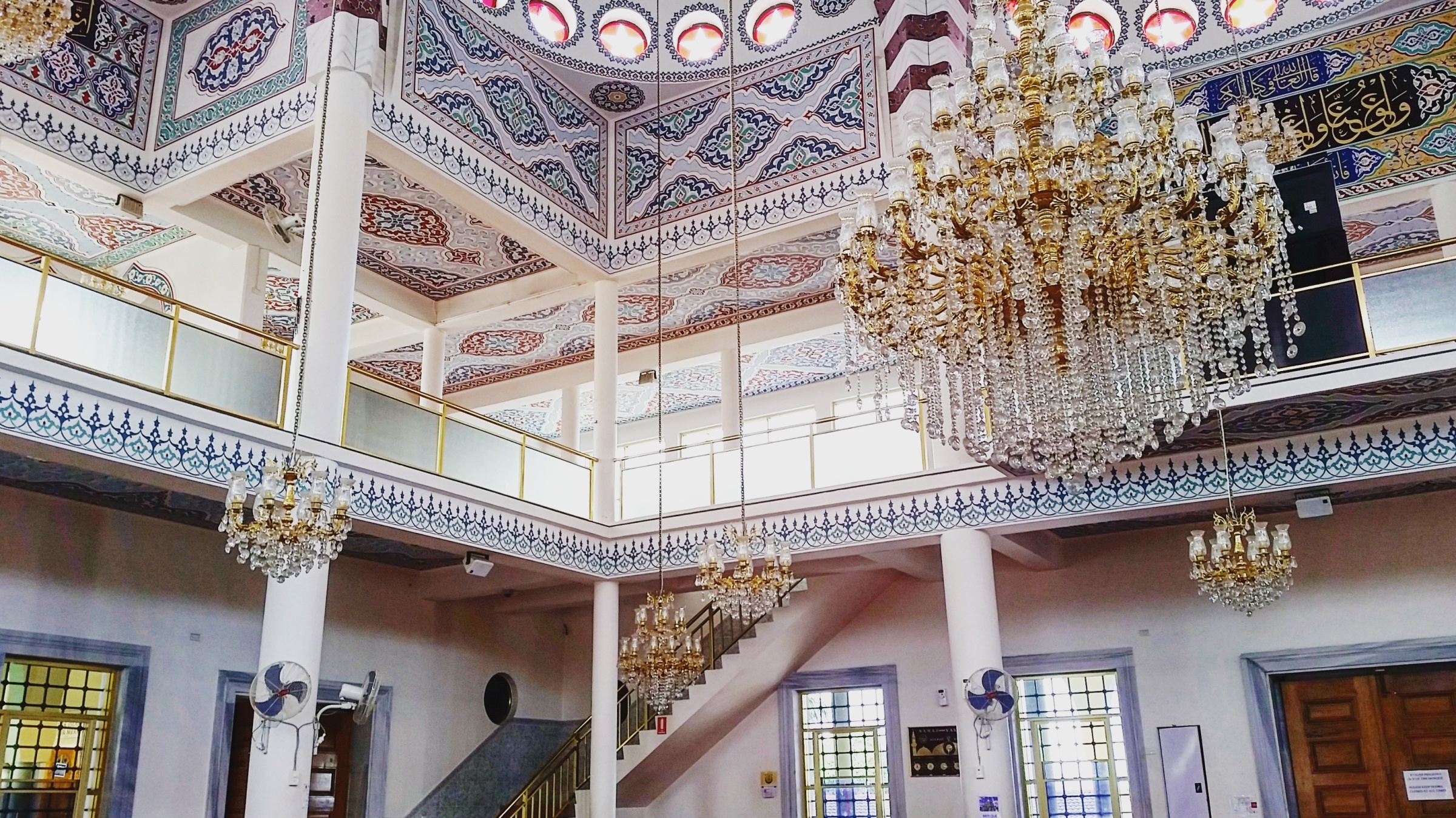 Breathe. With every step as you feel the carpet shift underfoot.
Light. Breaks through the stained glass windows filling the cavernous space.
Open. The awareness of cultural sensitivities and respect to learn about something different to what you know.
Intricate. The particularities of the architecture, the marble tiles and the Arabic versus that wrap around the walls.
Speechless. Stepping in to the sacred space that is the Auburn Gallipoli Mosque seemed to clear the mind of all  worries.

In those moments I was absorbed by its beauty.

Today I had the honour of being invited to a Resilient Sydney workshop. 100 Resilient Cities is a global initiative of the Rockefeller Foundation. It provides two years seed funding for organisations to undertake research about city resilience and co-design solutions with residents. It is action oriented, meaning there is no room for the dreaded talk-fest of committing to change. To be a cog in the wheel of change and listen to others expertise and insights was a valuable experience. Imagine if all our issues were addressed this way – consultation is out, participation is in.

What is a resilient city?
A place that can survive, adapt and thrive despite its acute shocks and long-term stresses. If you check out their website, you can view all the issues facing different parts of the world, including those with similar issues to Sydney and how they are being addressed. For Sydney, these include (acute) extreme weather, infrastructure and financial institutional failure; and (stresses) demand for health services, housing affordability and social cohesion. Research has determined that Sydney’s three priority areas to shape a more resilient city are urbanisation, globalisation and climate change.

Wait, what is Sydney in this instance?
I love Saskia Sassen’s writings on boundaries. She posses that boundaries can be one of two things:

a) physical – natural phenomena such as mountains or rivers that physically dissect the landscape
b) political – the transient administered boundaries for the purposes of local government. These are not constant, as New South Wales residents know after the amalgamations that occurred in late 2016.

What was surprising is that the City of Sydney was accepted into 100 Resilient Cities and quickly realised that one LGA did not qualify as Sydney. The Greater Sydney Commission was established and the scope for the project now reaches from Hawkesberry in the north, to Penrith in the west and Wollondilly in the south. As was pointed out today, the conceptualisation of Sydney’s built environment poses a few challenges. Unlike Melbourne, our public transport, jobs and housing are not equally distributed or feed to a central point. Rather we have latte and smashed avocado lines demonstrating where your child’s school rates in standardised testing results, or whether you travel an hour for work from the residential zone to the employment zone.

Sydney (noun.) A vast geographical mass comprising of multiple, extremely diverse Local Government Areas with their own issues to overcome, but interconnected nonetheless.

Am I an idealist, or for the first time in my short lifespan are we seeing better collaboration and coordination between local government organisations? This may be premature, there is a long way to go, but I am hopeful with the potential.

But wait…something was starkly missing!

Despite the exponential growth in the diversity of Australia’s population, as a populous Sydney is becoming more intolerant of difference (research conducted by Andrew Marcus). I found it hard to be alarmed, especially when the draft strategy did not include a cultural framework for resilience. This is something we need to be vocal about; everyone should care about this – make noise!

At its most basic, culture is the rhythm and everyday activities of residents. Culture is how we behave and interact with our surrounding environments. Culture is also our art objects, performances in dance and music and theatre. Art is how we express ourselves, share ideas and engage with diverse stories and perspectives.

Jon Hawkes has argued that culture is the fourth pillar of sustainability.

He proposes that culture is not an additional policy or a strategy, but a framework through which we assess social, environmental and economic strategies. His assessment of the then (arguably still today) framework is strikingly similar to the framework provided by the 100 Resilient Cities Toolkit (right, taken from Page 7 of the Glasgow report). It includes:

Will Sydney be the first to alter this framework and adopt Hawke’s recommendations? Will Art and Culture become our fifth pillar for resilience?

A country with leaders who are not convinced about the value of STEAM thinking (science, technology, engineering, arts and mathematics) or of the value that the arts and cultural activity provides to social cohesion, overall community well-being and innovation is a lost nation. Worst still, is a nation that lacks everyday champions for the arts. By that I mean people who are external to the arts sector and appreciate the value that arts and culture offers to society. The arts need a marketing make-over to get people to champion its value in the same way we don’t question the value of health and education (which is another post unto itself that I am working on articulating).

To have a cultural framework is to look at things like flexible infrastructure, multi-use design, activation of green spaces, consideration for in-between spaces (car parks, they do this so well in Philadelphia), community gardens, social spaces….endless.

Why should we care?

A quick geese of the currently published strategies:
(and by quick, I mean a skim through buzz words (oh, the buzz words) for anything that suggested somewhere thought about the arts and culture).

To date 21 strategies have been finalised and published. The main place I found the use of the term ‘art’ was in  words like start and partnership. No strategy outline made an explicit reference to arts and cultural activity, but many claimed to be diverse, innovative or creative. I will be fair, some cities are overwhelmed with environmental shocks and financial hardship that cultural frameworks are probably not a priority. But with concentration on issues such as social cohesion, increased awareness/education for active citizenship in disaster recovery and strengthening neighbourhood connectivity, the potential for community cultural engagement to enhance these processes is evident.

If I haven’t convinced you, maybe this video (ahem, artwork) about our shared humanity will help. Shout out to director Asger Leth, TV2 Denmark, ‘All that we Share’.

Shout outs to the following cities that I would opt to move to based on their strategy outlines:  (not to trivialise their acute pains or long-term stresses, but their problem solving and design solutions have my attention)
Glasgow, Greater Christchurch, Bristol

Thank you to Resilient Sydney for having me today and for choosing to host this event in the Auburn Gallipoli Mosque. If you wish to contribute to the conversation (please do) you can do so using #ResilientSydney on social media and following Sydney Your Say. If you don’t speak up, you cannot complain at the end of 2017 when the strategy moves into Stage Three: Action. Help shape the city you want to live in. Participate in making Sydney resilient and remember that your insight as an amateur expert is valuable.

NOTE: other issues I tabled today was questioning the scope of employment/job creation when the nature of work is changing, the frustration that is the public transport system and the valuable role of embracing social enterprise to address social change. Equity in health and education were also discussed at my table.

← The things they do not tell you when your passion becomes your career
Reading on trains with strangers (or, the fragmented book club) →

2 Comments on “Resilience, it is a cultural thing.”