Made in the West: A night for local Filmmakers

Before they take on the major film festivals or stages of the world every filmmaker, actor, producer or sound engineer starts off somewhere local. Here they have the opportunity to experiment, refine their craft, find their voice and perhaps most importantly, build a supportive network and audience for their work. One day, with hard work and persistence, these individuals become respected industry leaders and household names.

For six years Made in the West Film Festival has been celebrating emerging filmmakers from across Western Sydney. This year 53 entries came from every corner of the region including: Parramatta, Rouse Hill, Fairfield, Blacktown, Bankstown-Canterbury, Penrith and Campbelltown-Macarthur. 18 were taken to the big screen on Saturday 25 November for five hours of entertainment. 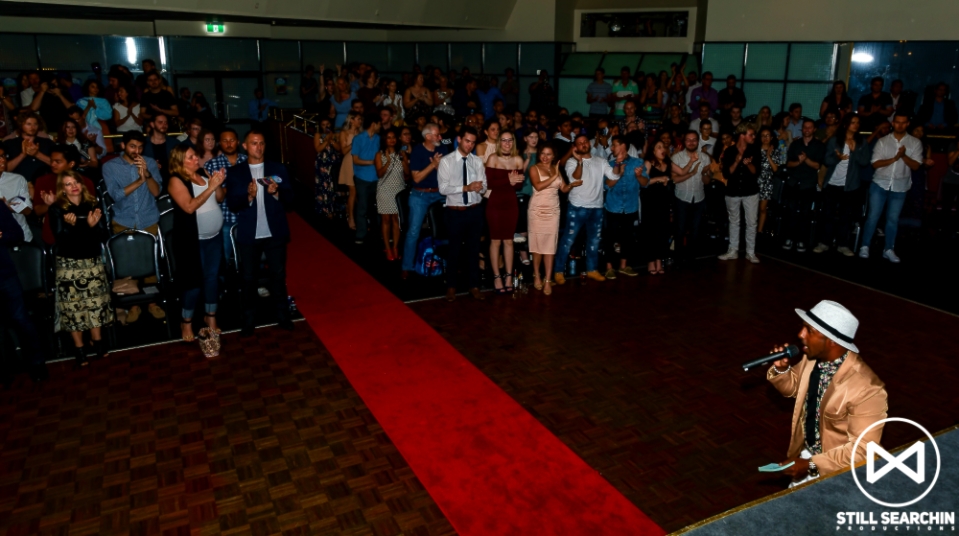 Made in the West was started by the dedicated team at Still Searchin’ Productions to fill a gap in access to screening opportunities for filmmakers across Western Sydney. Led by artistic director Ross Page, the team wanted to use the power of storytelling to continue to shift the stigma associated with Western Sydney and contribute to repositioning the region as an incubator for the next generation of global storytellers.

‘As a film producer myself, I know that having an opportunity to screen your work in front of a live audience is such an amazing feeling and a fundamental part of the creative process so we just thought, why not provide the platform for Western Sydney filmmakers to get noticed and attract some attention?’

With over 260 people in attendance, it is clear that there is a demand for films from Western Sydney filmmakers. The finalists represented the diversity of filmmakers emerging from Western Sydney with genres including drama, thriller, documentary, mock-umentary and comedy. The filmmakers were competing for over $12,000 in prizes decided by a panel of judges and a people’s choice vote.

Page fervently believes that the impact of the event lies in not just wider audiences acknowledging and respecting creatives who reside in Western Sydney, but the creatives dissolving the mindset that their postcode constrains them

‘One of the things that has started to erode is the stigma Western Sydney carries. The content we’re receiving strongly declares that these local filmmakers are proud to be from Western Sydney and that creating a film in Western Sydney is becoming a badge of honour rather than something to be kept secret,’ he said.

The top prize, Best in the West Winner went to Rachael Belle Myers of Wiley Park. She’s a poet and writer turned filmmaker who has had her work featured in international film festivals, nominated for eight awards and won three. Now she can add Best in the West to her cabinet. Her work is inspired by introspection and encourages the same from viewers. Her winning film, Curated Illusions looks at the shadow cast on one’s life by our social media presence. One night, Rachael decided to scroll through her own profile feed and felt a disconnect between the life she portrayed and her reality. The glimpses of glamorous moments at film festivals were at odds with the outweighed number of hours spent writing and producing. As she started to unpack this line of thought, the story Curated Illusions emerged.

‘After an accident leaves her with amnesia, Skye Reed tries to use her social media account to rediscover who she is. But when the online version of her life doesn’t reflect her reality, her world begins to crumble as she realises she doesn’t like the person she truly is.’

2017 Made in the West Prize Winners 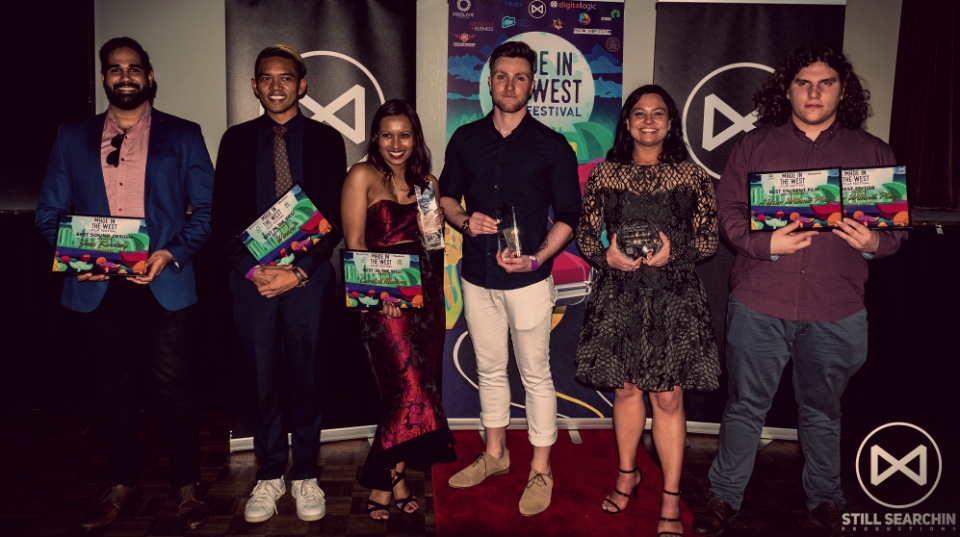 Made in the West Winners. Photo courtesy of Still Searchin’ Productions

Help bring Made in the West home*

It is common knowledge that there is a need for flexible cultural and social infrastructure in Western Sydney. After the Roxy Theatre closed in Parramatta, the organisers of Made in the West had to find a new home for the festival. Finding everything that they needed in budget in Western Sydney proved difficult. Production costs for the festival are largely covered by submission fees by film makers.

This article was first published by State of the Arts Media on December 11, 2017.
* Since time of initial publishing, Made in the West Film Festival has been approached with partnership opportunities to help bring the festival back to local audiences.

Category: State of the Arts Media