Stories, history and culture are embedded into everyone. But not everyone has had equal opportunity to share their stories. Power structures and dominant systems have seen people and their cultures spoken about, spoken for or worse, silenced.

A new suite of exhibitions will be launching on 7 October at Casula Powerhouse Arts Centre. The threads that connect these shows may at first seem subtle, but there is an undeniable undertone of pride in community, culture and the chance to share their own stories. CPAC is an important place to house the following conversations, as they are representative of residents in the wider community of south west Sydney. 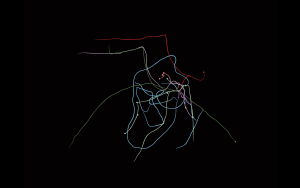 The Motion Room is an ongoing community and cultural engagement project. It is based in the disenfranchised communities of 2168 (Miller, Green Valley, Cartwright) where there is a high density Aboriginal population and community housing. The project seeks to engage residents in designing solutions to some of their most pressing challenges. This includes food production, local transport, public space, personal safety and digital connectivity. Overall, these suburbs are poorly connected to infrastructure and resources that the rest of the wider Liverpool LGA has better access to, for instance shopping centres and public transport.

Over the last ten years community engaged practice across Western Sydney has taken place in public housing communities, remote suburbs and places undergoing gentrification. What The Motion Room does differently, and to its credit, is using the resources of the Think+Do Tank (the same foundation behind Lost in Books in Fairfield) to engage residents in human-centred design that ‘gives residents more control in everyday life. It is not just inclusive, but turns up the volume on their voice.’

The exhibition reflects just part of the very diverse program of exploration and experimentation with the local residents over the last two years. The most affirming thing is the power and wisdom of the local community. They know the way, if only we could become better at listening and giving better support to making life better for themselves.’

The design solutions will be on exhibit in the Switch Gallery

Faith, Co-ordinated by Orana Arts in partnership with CPAC

Paris Norton, Her (detail), Co-ordinated by Orana Arts in partnership with CPAC

Marking the 50 year anniversary of the 1967 Referendum, Faith brings together a diverse mix of primarily Aboriginal artists to exhibit new work. Faith Bandler was a civil rights activist of South Sea Islander and Scottish-Indian heritage who was a central figure in campaigning for Aboriginal Rights. Selected artists have been invited to respond to Faith as a person, but also the idea of faith as a concept. This has resulted in a suite of newly commissioned works that speak to the lived experience of these individuals. For Adam Porter, although Bandler’s activism was not without critique, she exemplifies ‘how diversity can play a role in our basic humanitarian understanding.’

Have you seen MY Emily? Amala Groom, curated by Adam Porter 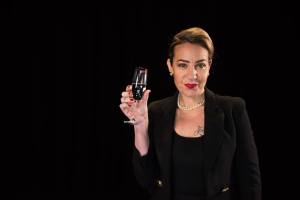 A newly commissioned video work by Wiradjuri conceptual artist Amala Groom takes a different tone. Have you seen MY Emily? is a tongue in cheek performance of an extended conversation with an ex-prime minister’s wife. Having advocated at the international level for over 5 years,  Groom is well aware of the pleasantries that come with meeting diplomats, officials and politicians. Groom performs two characters across six channels. The conversation moves between what was said, what was meant and what was really meant by both women. As the conversation becomes more heated, the rhythm increases and the dialogue becomes more reliant on what was meant, rather than was actually said.

This timely and powerful work dives into how we communicate, our authenticity and the slippages of the English language, particularly when talking about the erasure of cultures, the reduction of political art as being angry and the ownership and commodification of Aboriginal culture.

The title of the work appears in vinyl text spanning 13 metres of the Turbine Hall, the Mezzanine level of CPAC . Cradled between the vinyl text and the 6 channel video is a 1994 painting Untitled by internationally acclaimed painter, Emily Kane Kngwarreye, the artist whose work is the very subject of the conversation.

Groom remarked that ‘as an independent artist I am in a position to provide commentary on topical areas that may generate controversy due to their innate truths.

Continuing the conversation of breaking down the established systems of the arts sector, Shireen Taweel has been developing her community engaged art practice. Drawing on the Arabic phrase for community or a group of people, Taweel’s practice explores connections to diasporic communities and their cultures. Taweel’s work subverts the history of decorative arts and metal piercing. These skills were traditionally passed down from one male to another. She has taught herself these skills and has produced a new body of work with young muslim women from schools in Liverpool.

Taweel hosted a series of workshops with 25 students from Miller Technology High School, Amity College and Unity Grammar. The students were invited to bring an item of importance to them or that held a memory to share with the other students. Through these conversations students started to develop patterns. Taweel then went back to her studio in Parramatta Artist Studios to translate them into 25 copper pierced works. Taweel intends to subvert ideas of ownership in the arts by offering these works back to the students at the end of the exhibition. This gesture will act as a memory of their shared experience and growth.

Community leadership and professional development is at the core of these new exhibitions. These artists did not necessarily need permission to explore these ideas. Rather, they have been provided with the platform to amplify important conversations about people, communities and living cultures that call south west Sydney home.

This article was first published by State of the Arts Media on October 3, 2017.