As the entries for SU15 rolled in it became obvious that the calibre and diversity of works had outgrown our capacity. This posed both a challenge and a opportunity to organisers to build a new partnership with business start-up Penrith Fencing and Fabrications. With a sleek new look and larger scale works being exhibited, SU15 excited visitors who were familiar with the showcase and intrigued new visitors.

Overshot of the opening event in 2015. Picture by Sean O’Gorman

February 2015 became the month to celebrate the diverse creativity of young people. The showcase included two weekends of music performances made possible with the support of Utopia Music and the visual showcase across Macarthur Square and Narellan Library.

SU15: Music made possible with the support of Utopia Music 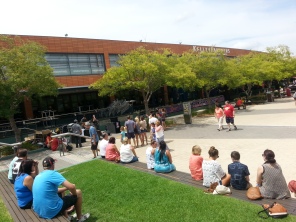 SU15: Music made possible with the support of Utopia Music 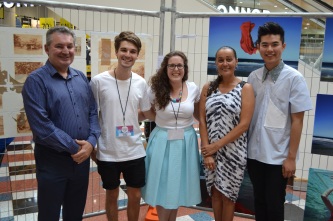